A Case Study of Tourism in an LEDC - Kenya

Kenya is located in East Africa, its capital city is Nairobi and it has a population of approximately 30 million people. 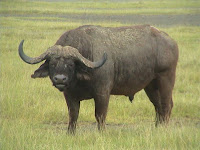 Why have numbers of tourists visiting Kenya increased?


Working towards sustainable tourism in Kenya - KIGO CONSERVANCY - An example of ECOTOURISM. 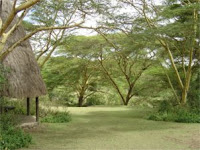 Kigio Conservancy was set up in 1997 on an old beef / dairy ranch with the aim of providing a wildlife sanctuary and a sustainable eco-tourism destination.

The accommodation at Kigio is in "cottages" built of mud, timber and thatch, using local and reclaimed materials and methods. The furniture is built from re-claimed timber from the ground and there is no electricity, oil lamps are instead used.

Kigio has a number of ecotourism activities it is involved in:
Links:

I'm a student studying in Hong Kong at an international school - we're doing the IGCSE. Your blogs have really helped me through the course and I just want to thank you so much, and please continue making them!

Many of your case studies are better explained than in our textbook. Many of my friends use this website as well :)

Hi Angela
Thank you for your kind message - I am really glad the blog is useful and great to know its being used all over - including Hong Kong!! I just hope my students here are using it as well!! I am hoping to update the blog over the next couple of months with some more case studies ready for the summer exams.

Wanted to share my appreciation for your work on this blog. Valuable information and revision resources here so keep up the good work! Also wanted to mention a new educational forum you may wish to get involved with to promote your blog and spark educational discussions... Advancing Learning Forum. Many thanks!

I can see that you are putting a lot of efforts into your blog. Keep posting the good work. Some really helpful information in there. Nice to see your site.
Velassaru Maldives