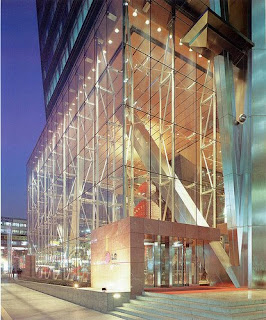 South Korea, lacks natural resources, however it has a plentiful, cheap and flexible workforce, this has led to it becoming an NIC (Newly Industrialised Country), with rapid industrialisation occuring over the last 50 years. You need to know what the CAUSES and CONSEQUENCES of this rapid industrial growth have been.

What were the CAUSES of South Korea's rapid economic growth?


- the government realised that agricultural production was not the route to economic growth and as a result encouraged foreign investment e.g. from the USA and themselves invested in large companies such as the state-owned Steel Works (Pohang Iron and Steel corporation)

- South Korean firms (such as Hyundai, Samsung and Daewoo) were also producted by high import taxes - this ensured that there was a sufficient market for goods, further stimulating production.

- a dedicated and substantial workforce was available, willing to work long hours

What have the CONSEQUENCES of South Korea's rapid economic growth been?

(ii) More jobs were available, helping to reduce unemployment and with the rise in income, there was more money available in the country for buying consumer goods and helping to increase standards of living

(iii) The increase in purchase of consumer goods (e.g. cars / electrical goods), created more demand for the goods and therefore led to a further increase in the market

(v) More money was invested in the infrastructure, improving road networks and airports

(vi) The success of industrialisation and the development of South Korea's industries, led to South Korean TNCs (e.g. Samsung) investing in places such as the USA

(viii) The South Korean car industry flourished, with companies such as Hyndai and Kia linking with industries in the USA / Japan and the companies have also invested in LEDC countries.


- unequal pay (women and immigrants paid only 50-75% the wages paid to men), sweat shop working conditions for some and an increase in child labour


- working very long hours (an average of 52 hours a week)


- noise, air and water pollution increased due to the rapid industrialisation


- the increase in factories led to smog over cities


- increased traffic volumes led to taxes on road use in the capital, Seoul


- in some areas which experienced an increase in population, services such as sewage treatment were not able to cope


- rapid growth resulted in some instances in poor workmanship and there were instances of deaths from collapsing buildings (e.g. the Sampoong Department Store in 1995 (507 deaths))


- when there was a downturn in World Trade in 1997, many S Korean banks faced huge debts / bankruptcy